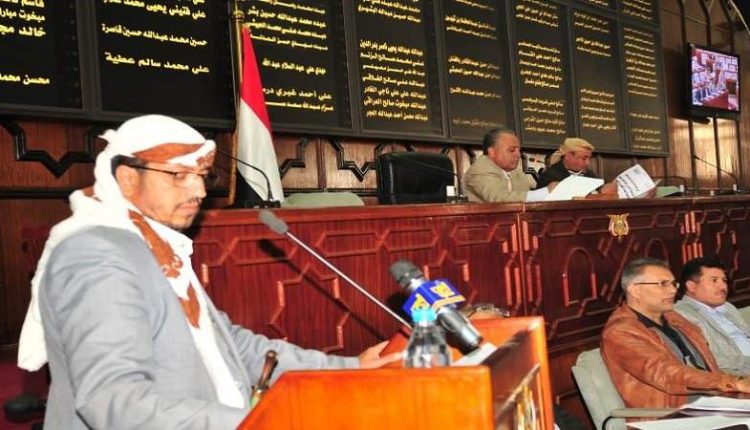 The Parliament, in its session on Monday, chaired by Speaker Yahya Al-Ra’i, condemned the Riyadh-resident government’s decision to impose additional tax fees on importing merchants.

The Parliament denounced to the pro-aggression coalition government’s competency in implementing the economic war plan against the Yemeni people by signing of suspicious loan agreements, wasting the wealth of the Yemeni people, and tampering with their interests and capabilities.

Members of the Parliament considered this arbitrary measure by the pro-coalition government a crime added to the series of crimes and conspiracies committed by the aggression coalition, which target the lives of the Yemeni people and their livelihood in all provinces of the country.

They affirmed that such an arbitrary measure harms the movement of internal trade and increases the rates of poverty and famine among citizens.

The Parliament members called on the United Nations and humanitarian and international organizations to assume their humanitarian responsibilities and carry out their duties to stop this arbitrary measure and the plundering of the wealth of the Yemeni people.

In a related context, the Parliament condemned the criminal bombing that targeted worshipers in Al-Ziyar Mosque, west of the coast of Hadramout province, and resulted in the death of seven and the wounding of 22 others.