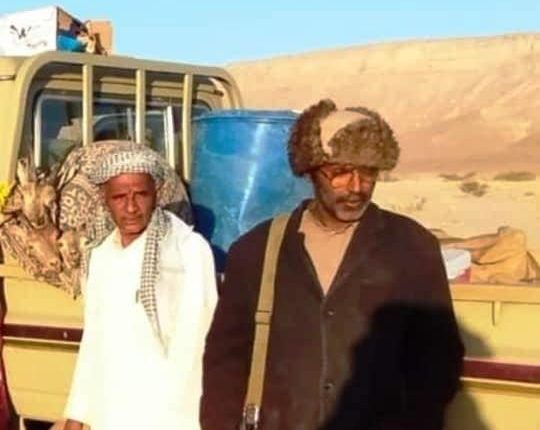 Two citizens have been found dead amid unclear circumstance on al-Abbr road, which links Marib and Hadramout governorates, eastern Yemen.

According to the sources  during the past hours local citizens have found the body of Hassan Muhammad al-Dhaman bin Samra al-Obeidi and another man next to him, killed on the road of Abbar.”

The sources said that the citizens were likely shot dead by unknown gunmen due to tribal revenges, indicating that the discovery of the bodies left a state of terror among the residents.

Al-Abbr Road, which is under the control of militants loyal to the Saudi-led coalition, has been witnessing security chaos and murder cases against passengers and Yemeni expatriates returning from Saudi Arabia in addition to looting of their property, as a result of the continued closure of Sanaa International Airport to civilian flights since 2016.