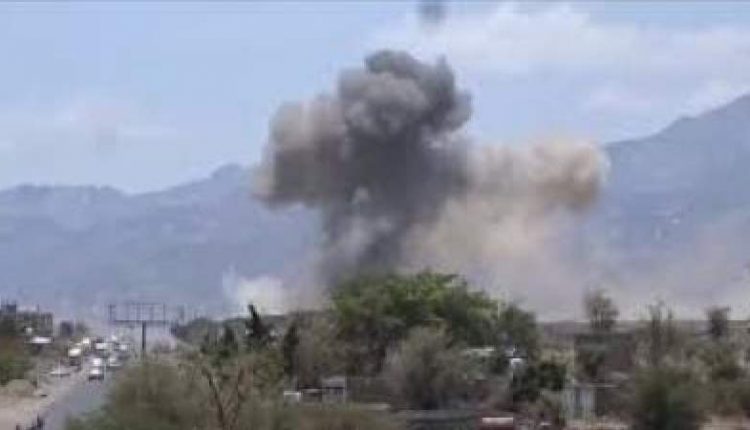 US-Saudi Forces and their mercenaries committed 164 violations of the humanitarian and military truce during the past 24 hours, according to military source.

The source pointed that the violations included 50 spy drones over Marib, Hajjah, Al-Jawf, Sa’adah, Al-Dhale’e and Al-Baidah. He explained that the mercenaries of the aggression developed new military fortifications in Hajjah governorate.

The source indicated that 33 violations were recorded with missile and artillery shelling, as the US-Saudi aggression targeted with seven Katyusha missiles the sites of the army and the popular committees.

US-Saudi mercenaries targeted, with missiles and artillery shelling, the sites of the Army and Popular Committees in Marib and Hajjah Governorate.

The source confirmed that 79 violations were recorded by shooting at the homes of citizens and the sites of the Army and Popular Committees in the governorates of Marib, Taiz, Hajjah, Sa’adah, Al-Jawf, Al-Baidha’a and Al-Dhale’e.

In early April, the UN special envoy for Yemen, Hans Grundberg, announced the nationwide ceasefire, for the first time since 2016, saying the two-month truce would be eligible for renewal with the consent of parties. The truce meant to halt all military operations in the country and to bring the foreign military invasion to an end.

UN Secretary-General Antonio Guterres said the truce “must be a first step to ending Yemen’s devastating war,” urging the warring parties to build on the opportunity to “resume an inclusive and comprehensive Yemeni political process.”

The deal stipulates halting offensive military operations, including cross-border attacks, and allowing fuel-laden ships to enter Yemen’s lifeline al-Hudaydah port and commercial flights in and out of the airport in the capital Sana’a “to predetermined destinations in the region.”

The Saudi-led aggression continues to violate the truce by detaining new fuel ships, despite their inspection and obtaining permits from the United Nations, insisting on the closure of Sana’a Airport, as well as, the fires of the aggression side did not subside along the fronts, on the borders and inside. Shelling, reconnaissance, development and crawl, including a failed advance carried out by mercenaries towards Army and Popular Committee sites south of Marib.

Abdulsalam: Month to Pass Since UN Sponsored Truce Announced with No Progress