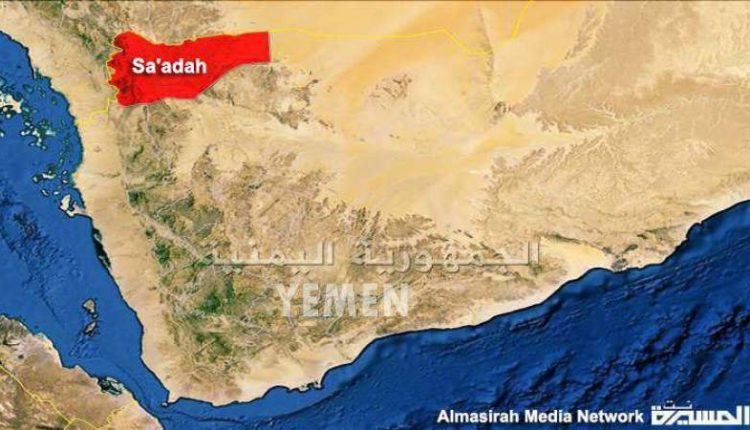 A civilian was injured, on Sunday, with Saudi fire, targeting civilians’ houses in Munabbih district in Sa’adah governorate. US-Saudi aggression also launched a raid on Ketaf district. A citizen was killed by Saudi army fire on Sunday in Al-Sheikh area in the Munabbih border district of Sa’adah Governorate.

On Saturday, Almasirah Net correspondent in Sa’adah reported the death of a citizen and the injury of four, including two African immigrants, by the Saudi army’s fire in the areas of Al-Raqo and Al-Mufattah in the Munabbih border district, while a citizen was wounded by Saudi missile and artillery shelling on the Shada border district.

Various areas of the border districts of Razih and Shada were also subject to Saudi missile and artillery shelling, which resulted in heavy property losses.

Yemeni Armed Forces Spokesman Yahia Sare’e stated that the US-Saudi aggression launched over 65 air raids on Thursday only on a number of governorates. Sare’e warned the US-Saudi forces of this escalation’s consequences.