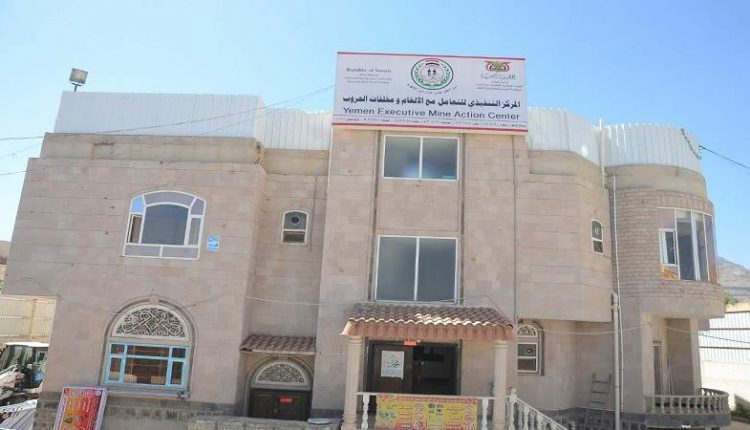 The Executive Center for Mine Action called on the UN and humanitarian organizations to make efforts to urgently provide detectors to clear areas contaminated with mines, cluster bombs and remnants of Saudi mercenaries areas.

In a statement, the center urged the UN and humanitarian organizations to continue supporting the center’s activities so that it could secure the lives of tens of thousands of Yemenis from the remnants of war.

The statement considered the failure to provide the necessary equipment for the center as a humanitarian crime and a disregard for the lives of thousands of civilians in Yemen, and the transformation of a large number of them into the disabled and killed.

“During the month of June, and in light of the large number of casualties, we received an official letter from the Executive Center from the UN to stop the work and activities of the center by next August” It added.

The statement indicated that 62 civilian casualties, between killed and injured, were recorded in several governorates during June, most of them women and children.

The Executive Center called on civil society organizations to play their humanitarian role in advocating for victims and affected communities, and to support the Center in providing the necessary supplies to purify civilian areas.

It stated that the necessary equipment will contribute to reducing more casualties and enhancing food security and livelihoods for Yemenis, as stipulated in the Geneva Convention, its protocol and the Ottawa Convention.

The Center helds the UN, international and humanitarian organizations responsible for more casualties due to the failure to provide field work requirements and detectors.

The US-Saudi aggression continues to target neighborhoods and populated areas and destroy the infrastructure of the country, in light of a suspicious international silence.

The victims of cluster bombs have reached more than 25,000 civilians since the beginning of the US-Saudi aggression on Yemen in 2015. Moreover, the support and resources allocated to field clearance do not reach the level of 2% of what is required to be cleaned.

During an event on the occasion of the International Day for Awareness of the Risks of Mine and Cluster Bombs, in early April, the Executive Center for Mine Action announced that more than three million cluster munitions have been collected in seven years of war from 15 governorates and 70 districts in the country.

The head of the Executive Center for Mine Action, Brigadier Ali Safra, stated that Yemenis are facing a catastrophe and a trio of cluster bombs of various types. The Center have detected 15 types of them used in air raids only, he added.

Safra pointed out that the size and scope of the pollution spread makes Yemen second after the Republic of Laos, despite the big difference if the weapons used in Yemen are compared.

He explained that during March, 42 casualties were recorded in the Yemeni governorates, stressing that this is a very large number. He indicated that about 220 victims have been in Hodeidah governorate since the withdrawal of mercenaries from it in November last year.

Brigadier-General Safra considered that reducing the number of victims of cluster bombs in Yemen by international and human rights’ reports is an attempt to vindicate the coalition and change the facts.