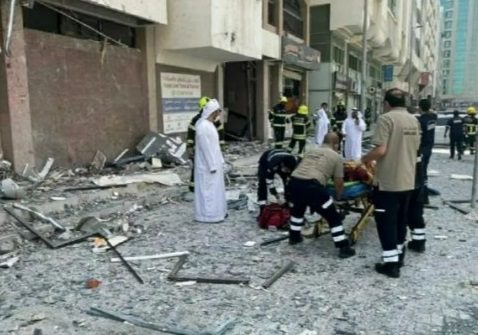 At least two people were killed and about 120 others injured in a gas cylinder explosion in the capital of the United Arab Emirates on Monday, police said.

The Police said on Twitter that the injured were taken to hospital for necessary health care, adding that shops and outer of six buildings were damaged by the explosion.

Hours later, Abu Dhabi Police posted pictures of broken glass in the street and debris scattered along the pavement.