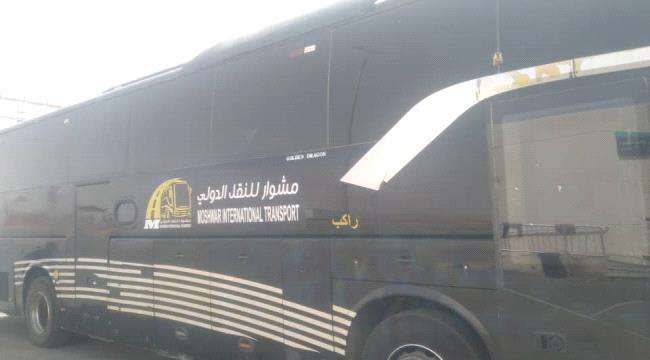 A Saudi officer has detained dozens of Yemeni passengers at the al-Wadea land border crossing since dawn  of Sunday on a dispute with a driver belonging to Al Meshwar international transport company.

Yemeni passengers on board the company’s bus confirmed that they had been stuck at the port since dawn, due to the detention of the bus driver by a Saudi officer  at the port under the pretext that the driver’s visa had expired.

Yemeni citizens and families complained, including patients still stuck at the border crossing, due to the negligence of  the  Company and the arbitrariness of Saudi soldiers and officers.