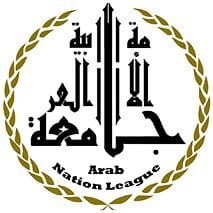 The Arab Nation League condemned on Wednesday the brutal and aggressive practices against Arab countries and peoples, especially in Yemen, and called for the consolidation of resistance and its practice by all available means.

In a statement, the General Secretariat of the League, based in Damascus, said that Yemen is being subjected to the most heinous aggression by the forces of evil, in which the most heinous crimes described as crimes against humanity, war crimes, and genocide are committed by the Saudi-led aggression coalition under the US, British, and Israeli sponsorship.

The statement stressed that the massacres and crimes committed recently in Sa’ada and Hodeida are clear evidence of that brutality and criminality.

It pointed out that the aggression forces continue to wage their multi-form wars according to criminal plans prepared by America and Israel, as well as Western Europe.

The statement affirmed that there is no hope for our nation except in our victorious and entrenched resistance from the axis of resistance, which is firmly rooted in truth with courage and is certain of victory.