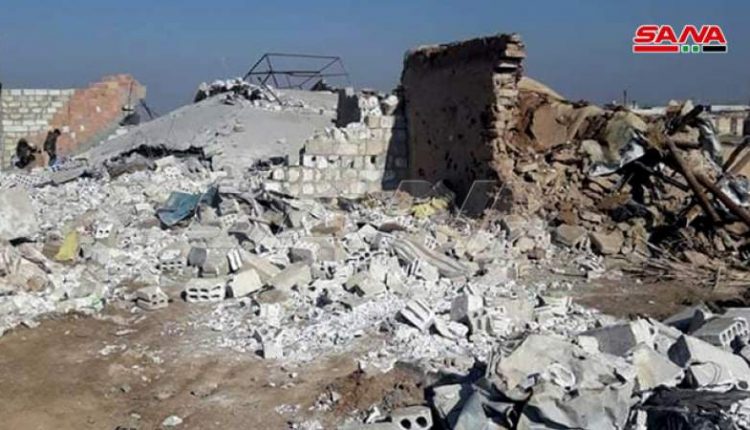 According to SANA, for the fifth day in a row, the clashes continues between the US occupation forces-backed QSD militia and the fugitives from the Industrial Secondary Prison under the pretext of pursuing fugitives from the Prison and claims that they are holed up in the buildings surrounding it.

Meanwhile the US aircrafts bombed a number of the residential buildings surrounding the prison in the city, including buildings of Economy College, and Civil Engineering, in addition to a number of houses in al-Zouhour neighborhood.

The QSD militia have launched raid campaigns in Ghwairan Sharqi and Gharbi and al-Zouhour neighborhood since Monday evening, and kidnapped a number of civilians taking them to unknown destination, the agency added.

SANA quoting local sources, reported the failure of the QSD militia to regain control of the prison after several attempts to storm it with tanks and Bradley vehicles of the American occupation.