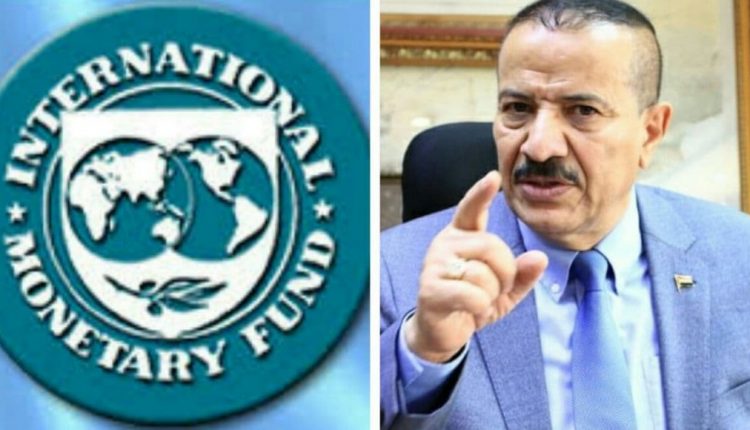 In the letter, Minister Sharaf said that despite the fund’s justifications and motives for its decision, the financial and administrative corruption of the Hadi  puppet Government, especially the leadership of the Central Bank branch in Aden Province, confirms that it will not use this loan for the humanitarian purposes for which the decision was taken, but rather  It will be used to prolong the aggression.

He held the International Monetary Fund fully responsible for providing the loan, most of which will undoubtedly go to private accounts and fictitious exchanges within the framework of a systematic corruption process without the citizen benefiting from the credits.

Sharaf concluded his letter by Saying that the National Salvation Government or any future Government in the post-aggression phase on Yemen will not take any responsibility or consequences for the decision to provide the loan to the mercenary government, which is mired in financial and administrative corruption, and that the management of the International Monetary Fund will be the main body for accountability for the misuse of those funds.

4 killed in factory explosion in Lebanon