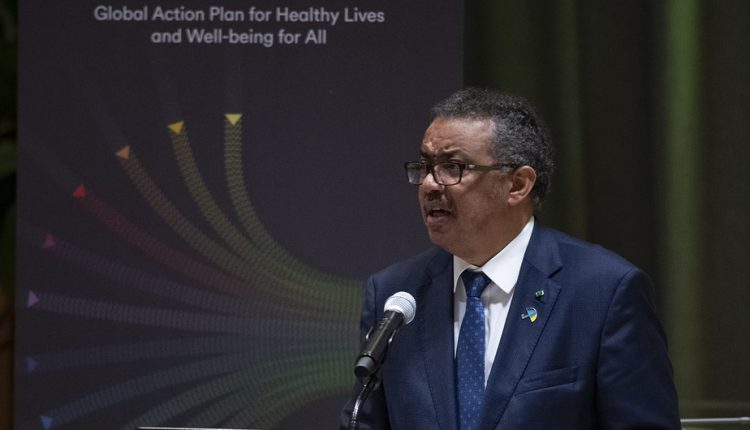 The head of the UN World Health Organization (WHO) is in China to discuss the novel coronavirus outbreak with senior Government officials.

Director-General Tedros Adhanom Ghebreyesus and colleagues arrived in Beijing on Monday, in efforts to understand the latest developments and strengthen partnerships in order to boost the overall response against the new respiratory disease.

In a message posted on Twitter, he said the UN agency also is working with countries everywhere to activate their response systems.

Novel coronavirus was first identified earlier this month in Wuhan, a city in central China.  So far, 80 people have died, according to the latest WHO situation report published on Monday.

There have been 2,798 confirmed cases of the disease globally, 2,741 of which were in China. Thirty-seven cases have been reported in 11 other countries, 36 of which had travel history to China, and 34 related to travel in Wuhan.

WHO said its strategic objectives during the outbreak include limiting human-to-human transmission and identifying patients early.

“Understanding the time when infected patients may transmit the virus to others is critical for control efforts,” the agency report said.

Current estimates for the incubation period range from 2-10 days, but this information will be refined as more data becomes available.

As transmission of novel coronavirus appears similar to that for MERS and SARS, WHO has recommended basic principles such as avoiding close contact with those suffering from acute respiratory infections, frequent handwashing, and enhanced infection prevention practices in healthcare facilities.