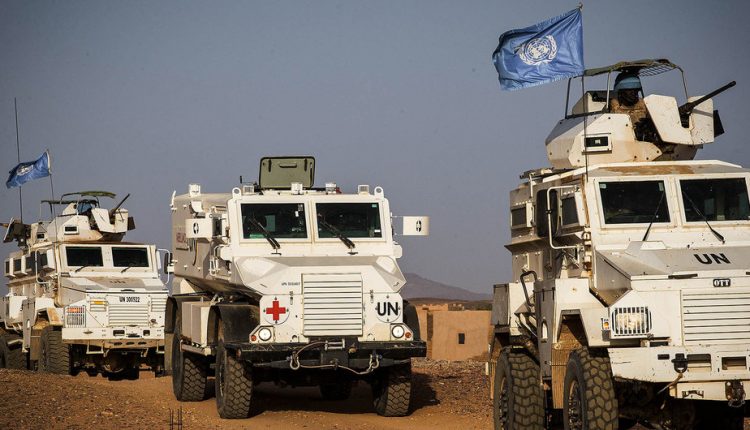 The UN Secretary-General has strongly condemned two separate attacks on Sunday against the organization’s Multidimensional Integrated Stabilization Mission in Mali (MINUSMA) which left one peacekeeper dead and four others injured.

A blue helmet from Chad was killed and three others were seriously wounded when their convoy hit an improvised explosive device in Aguelhok, located in Kidal region in the north of the country.

Earlier that day, unidentified assailants attacked a MINUSMA temporary operating base in Bandiagara in Mopti, a region in central Mali, which left a peacekeeper from Togo seriously injured.

UN Secretary-General António Guterres has called on the Malian authorities, as well as the signatory armed groups to the 2015 peace agreement, to spare no effort in identifying the perpetrators of the attacks so that they can be swiftly brought to justice.

The Malian Government and two coalitions of armed groups in the north signed the peace deal in efforts to end conflict that had erupted in 2012.

The UN chief expressed his deep condolences to the family of the deceased peacekeeper, as well as the Government and people of Chad, a statement issued by his spokesperson informed.   He also  wished a speedy recovery to those injured in the attacks.

Mr. Guterres further underlined the UN’s commitment to support the Government and people of Mali in their pursuit of peace and stability.

A Yemeni Girl Murdered With an American Bomb