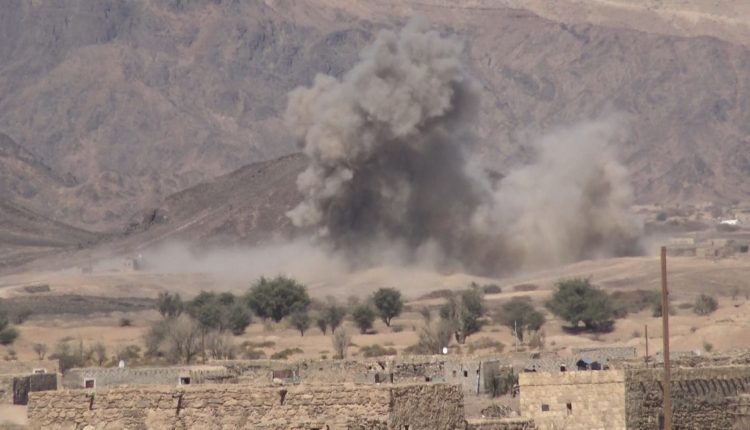 He said that the aggression’s warplanes launched a raid on al-Ja’amlah area in Majz district.