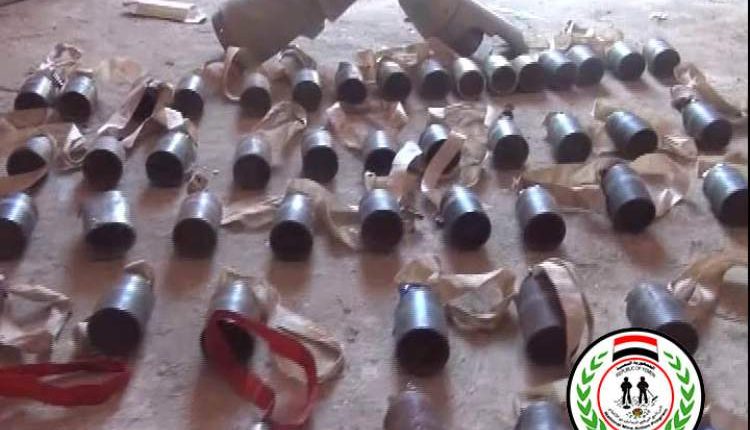 Three Citizens Killed, Injured in Mine Explosion, Remnants of US-Saudi Aggression in Hodeidah

On Friday, a citizen was killed, as a result of the explosion from remnant of US-Saudi aggression in the village of Masawara, Al-Fardah area, Majzar district, in Marib.

In Al-Jawf, a citizen was killed as a result of the explosion of a mine left over from US-Saudi aggression, east of the province.

Earlier today, two children were injured by the explosion of objects left over from US-Saudi aggression in Hajjah and Hodeidah governorates.

In Sa’adah, a woman was injured by the explosion of a cluster bomb left over from US-Saudi aggression in Ketaf district.

The cluster bombs dropped by the aggression’s aircraft, as well as the mines and munitions left behind by the aggression, are spread in farms, pastures, residential areas and in civilian facilities, causing a high number of casualties.

The victims of cluster bombs have reached more than 25,000 civilians since the beginning of the US-Saudi aggression on Yemen. The Director of the Executive Center for Mine Action, Brigadier General Ali Safra, has pointed out that the support and resources allocated to field clearance do not reach the level of 2% of what is required to be cleaned.

The director of the Executive Center for Mine Action Brigadier Ali Safra stated that Hodeidah, Al-Baidha’a, Marib, Al-Jawf, Nihm and Sa’adah are the most infested areas for mines and bombs, in which the aggression used the most deadly and latest military technology in the country.

The Executive Center for Mine Action announced the discovery of 544 mines and cluster bombs left over from the aggression during the first week of January 2022.

The US-Saudi aggression refuses to enter equipment and devices to detect explosives in light of the silence of the United Nations, which bears the greatest responsibility for the continued casualties due to the remnants of the aggression, including mines and cluster bombs.