At least four children were injured  on Thursday as a result of the explosion of a cluster bomb from the remnants of the  Saudi-led coalition forces in Saada province. 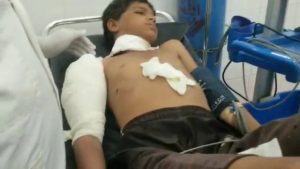 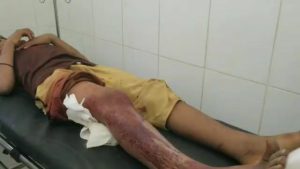 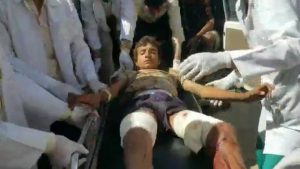 According to the security sources, the children injured while grazing caws in Wabla area in the district of al-Dhaher.

The Executive Center for Mine Action said the border districts of Razeh, Sheda and al-Dhaher are among the areas most contaminated by cluster bombs of the aggression.

The center called for providing the necessary supplies to confront the humanitarian catastrophe as a result of the internationally prohibited cluster bombs left behind by the aggression in those areas.