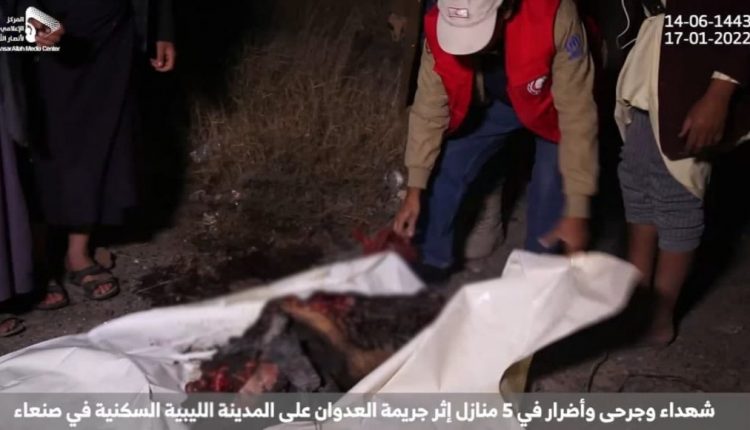 The Ministry of Human Rights condemned on Tuesday the heinous crime committed by the US-Saudi aggression warplanes against civilians in the Libyan neighborhood in the capital Sanaa, killing 12 and injuring 11 others.

In a statement, the ministry confirmed that the attacks on the civilians’ objects  is a crime added to the record of the Saudi and Emirati regimes, which have transgressed all humanitarian values ​​and principles, and international laws and norms.

The statement reiterated the direct US support for the countries of aggression and their perpetration of crimes and massacres against the Yemeni people in a green light by the US administration and international complicity.

The statement’s ministry called on humanitarian and human rights organizations, the American street, and all the honorable and free people in the world to raise their voice and reject the American support and backing for the countries of aggression that commit war crimes against civilians in Yemen.

It stressed that all crimes of aggression will not be subject to a statute of limitations, and those involved in them will not be able to face the consequences of their crimes against the Yemeni people, or escape punishment.