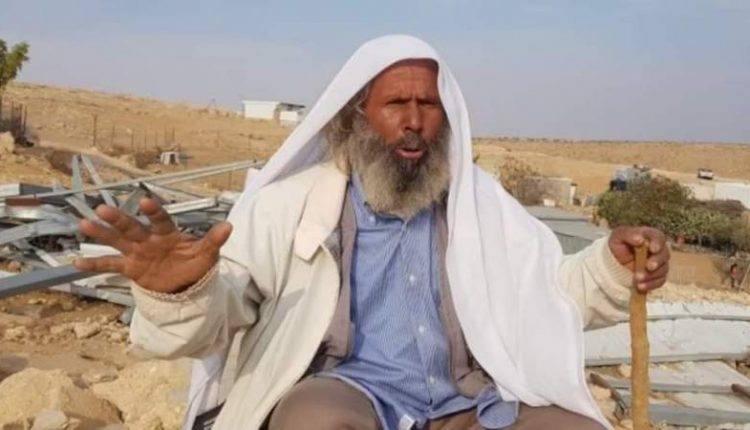 A 75-year-old anti-occupation activist  on Monday succumbed to wounds sustained in a deliberate run-over accident by Israeli occupation  police earlier this month, according to the Ministry of Health.

The Ministry said Suleiman Hathalin died of his critical wounds he sustained after being deliberately run over by an Israeli police vehicle at the entrance to Umm Al-Khair village in Masafer Yatta, south of Hebron, about two weeks ago.

Hathalin sustained critical injuries in the head, chest, stomach and hips. He was rushed to a hospital in Hebron until he succumbed to his wounds today.

On January 5th, The occupation forces carried ran-over Sheikh Hathalin, known as the Popular Resistance Icon in Hebron, as he tried to counter the confiscation of citizens’ vehicles at the entrance to his village of Um al-Khair.

The Bedouin village of Um al-Khair is located east of the town of Yatta, south of Hebron.