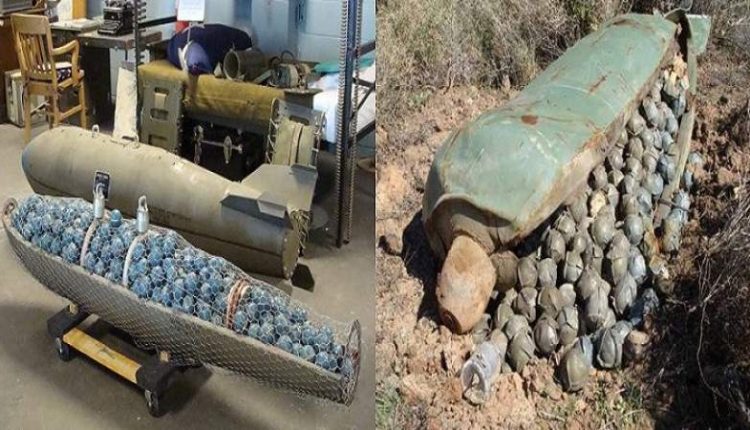 Report: 25,000 civilians are victims of cluster bombs since the beginning of Saudi-led coalition war on Yemen

The victims of cluster bombs have reached more than 25,000 civilians since the beginning of the US-backed Saudi-led aggression coalition on Yemen in 2015.

The Director of the Executive Center for Mine Action, Brigadier General Ali Safra, pointed out that the support and resources allocated to field clearance don’t reach the level of 2% of what is required to be cleaned.

Brigadier-General Safra stated that Hodeidah, Bayda, Marib, Jawf, Nihm and Saada are the most infested areas for mines and bombs, in which the aggression used the most deadly and latest military technology in our country.

He called on citizens in the liberated areas to abide signs and warnings, as they are infested areas until they are handed over to local authorities, stressing the important of cooperation  with the center , through reporting of suspect objects or residues .

It is noteworthy that the Executive Center for Mine Action announced the discovery of 544 mines and cluster bombs left over from the aggression during the first week of January 2022.