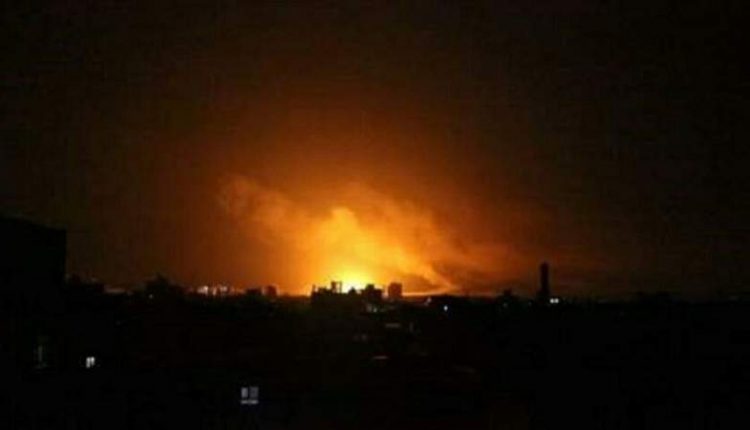 The warplanes of the US-Saudi aggression launched several raids on the capital, Sana’a, Sa’adah,  Hodeidah and Amran governorates.

In Hodeidah, a citizen was killed and two citizens  were injured with an airstrike that was launched by the US-Saudi aggression on the village southeast of Hays.

In Sana’a, the the US-Saudi aggression launched two raids on Al-Hafa area in Al-Sabe’en district. It launched a raid on Jahana district and a raid on Khawlan district.

In Sa’ada, the US-Saudi aerial aggression targeted on Tuesday the communications network in Munabbih border district by an airstrike.

In Amran, the US-Saudi aerial aggression launched a raid on the city.