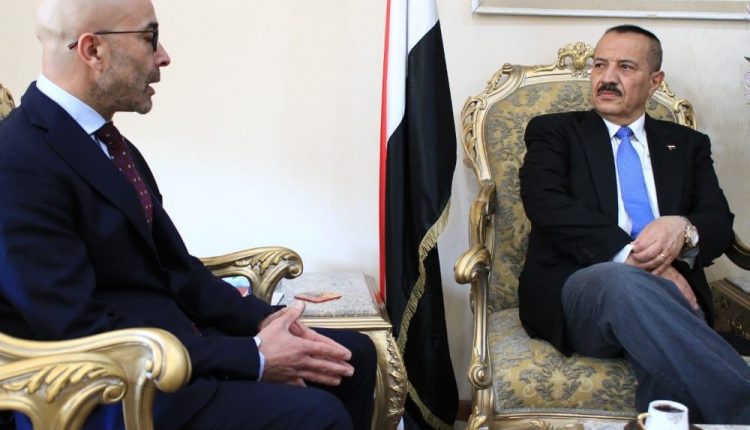 The meeting reviewed the Federation’s plan and programs for 2021, the areas of intervention, and the arrangements for the visit of the IFRC’s Executive Director-General to Sana’a during the first week of next December.

In the meeting, the Foreign Minister stressed the importance of intensifying the IFRC’s support in the areas of water, sanitation, public health, and the provision of relief materials.

He pointed to the continued suffering of many sectors and a large segment of citizens in Yemen due to the continuation of the siege imposed on the country.

“Lifting the siege on Yemen, especially Sana’a International Airport and the port of Hodeida, and not impeding the flow of oil derivatives, are among the human rights that cannot be negotiated,” Sharaf stressed.

He added that one of the simplest duties and tasks of the United Nations, the International Red Cross, and all international and non-governmental organizations, is to push for lifting the siege on Yemen and its people, as these organizations have closely experienced – during the past years – the impact of that blockade on millions of Yemenis.

For his part, the IFRC’s resident representative noted the Federation’s understanding of the humanitarian situation in Yemen, confirming that the Federation gives priority to supporting the Yemeni Red Crescent Society and alleviating the suffering of Yemeni citizens.