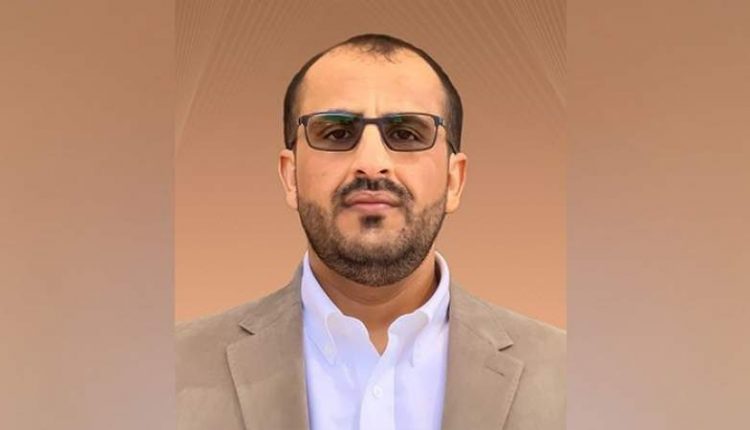 Abdulsalam: US Demand to Open Safe Corridors for Fighters in Marib Evidence of Association with Terrorists

The head of the National Delegation Mohammad Abdulsalam-commented on the US State Department’s statement regarding the situation in Marib governorate, northeastern Yemen, which called for opening safe corridors for fighters from Al-Qaeda, Daesh and US-Saudi mercenaries.

“The US demand to open safe corridors for fighters is an evidence of its closely linked to al-Qaeda and Daesh who were defeated from Abdiya in Marib,” Abdulsalam wrote in a post published on his Twitter page.

Abdulsalam added that as the Army and Popular Committes approach the last dens in Marib, the screams of the Americans are rising, claiming to be keen on peace and they are the enemies of peace in Yemen and the whole world.

Earlier in the day, the head of the Negotiating Delegation confirmed that the United Nations and international parties are exaggerating in their media about their keenness to deliver humanitarian aid to Abdiya district of Marib province, while they are not serious about finding humanitarian solutions.

“We have previously informed the United Nations and international bodies that we welcome the entry of humanitarian aid into the Abdiya district, however, they are not serious about finding effective humanitarian solutions, as is the case in all of Yemen, which has been besieged for seven years,” Mohammed Abdulsalam wrote on Twitter.

“We affirm that the way is open to those who actually wanted to provide humanitarian assistance,” he added.

He stressed that “the clashes that Abdiya witnessed were with al-Qaeda and Daesh members that are linked to the forces of US-Saudi aggression, and the Yemeni Army fulfilled its duty to secure the district.”

The spokesman for the Salvation Government and Minister of Information, Daif Allah Al-Shami, had announced the lifting of the siege on the citizens who were used by the Takfiri groups and the forces of aggression as human shields in the district of Abdiya .

He said in a post on Facebook: “We informed the UN envoy that there is no longer a need to lament over what they announced the siege of Abdiya  in Marib. We broke the siege and rescued the citizens who were used as human shields.”