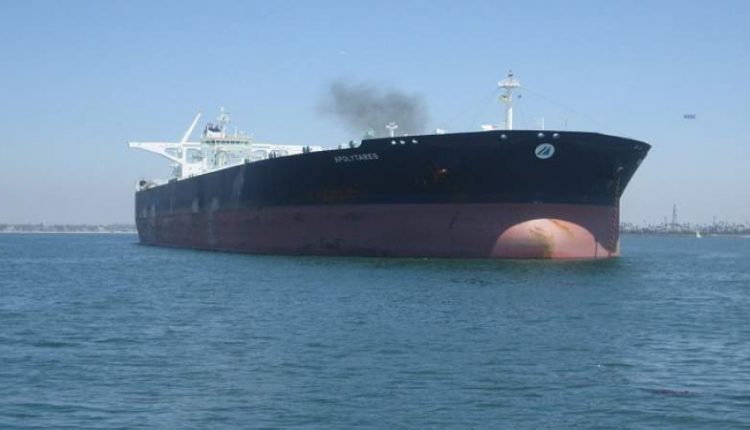 An Oil tanker arrived at Al-Nashima port in Shabwa governorate, coming from a Turkish port, with the aim of looting 850 thousand barrels of Yemeni oil, which is under the control of the Saudi-UAE forces and their mercenaries in the occupied governorates, in a continuation of looting Yemeni wealth.

A source in the Ministry of Oil said that oil tanker PAROS has arrived at the Al-Nashima port in Shabwa governorate, coming from the Turkish port of (Ali Agha).

The source confirmed that the giant tanker is preparing to loot 107,000 tons of crude oil, which is equivalent to 850,000 barrels, explaining that the value of the oil expected to be looted in this shipment and on board this tanker amounts to 65 million dollars.

The source pointed out that there is a an escalation in looting Yemeni wealth in the occupied governorates at a time when the people of the country lack the minimum needs, including salaries.

At the end of last August, a giant oil tanker looted 2.4 million barrels of Yemeni crude oil, worth more than 165 million dollars, from Dabba port in Shihr, Hadhramout governorate, in the south of the country.

On August 15 of the same month, the supertanker SARASOTAA arrived at the port of Birali in Radhum district, Shabwa governorate, coming from South Korea, to steal 106 thousand tons, or 950,000 barrels of Yemeni crude oil, worth $69 million, equivalent to this amount in Yemeni riyals in occupation areas. 68.5 billion riyals.

The oil tanker docked with the help of tugboat crown (Water Blue), coming from the Emirati port of Fujairah, which has been on the port’s shore since the beginning of the year.

The ports of the occupied areas considered an outlet for the looting of Yemeni crude oil, and no one knows the fate of crude oil sales except for the powerful tools of invasion and occupation.

On April 12, the Bir Ali Oil Port in Shabwa received the giant oil tanker SAGA coming from the Emirati port of Fujairah on the mission of transporting more than 115 thousand tons of crude oil to be sold for the benefit of US-Saudi aggression, with an amount of approximately 58 billion riyals.

In mid-April, the giant oil tanker “APOLYTARES” arrived at the port of El Daba bearing the Greek flag, coming from Chinese port, with total capacity of more than 315,000 tons, or more than 2,250,000 barrels of oil, with a value exceeding $145 million.

The organized looting of Yemeni oil comes at a time when Yemenis are suffering from multiple crises as a result of the aggression and siege, one of which is the interruption of salaries.

The looting of Yemeni oil imposes a siege on the companies of the aggression countries and prevents fuel ships from reaching the port of Hodeidah with the aim of subjugating the Yemeni people after the failure of their military aggression for seven years.