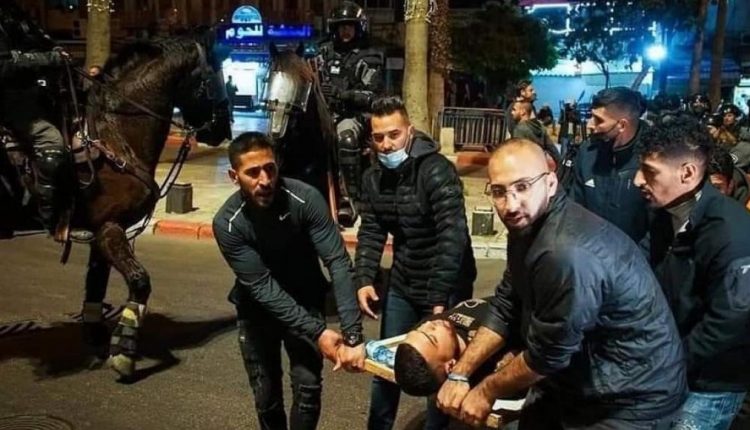 A child was injured on Monday in his eye by Israeli occupation forces during clashes erupted among Palestinian civilians and the Israeli enemy soldiers in occupied al-Quds city.

Palestinian sources affirmed that the child was wounded in his eye by the Zionists’ metal rubber bullets during storming Al-Aqsa.

Israeli troops target the prayers by the rubber bullets and gas bombs, coincided with Tarwaih pray.