In Photos: Child killed in Saudi-led shelling on Saada 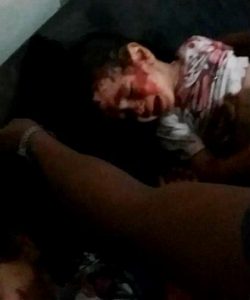 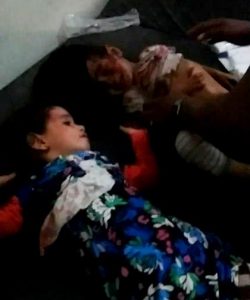 The shelling left at least one child killed and two others  wounded .

According to the security source, “The Saudi rocket and artillery shelling on the Border District of Shada injured the two children, Hanouf Ali Yahya and Nouf Ali Yahya along with and their mother.

“One of the two girls died later due to the injuries she sustained in the Saudi attack on the populated villages in the Shada Border district,” the source said.

The killing of the child and the injury of her mother and sister comes a week after an elderly woman died of wounds she sustained in Saudi artillery and rocket fire on densely populated villages in the same district.

Saudi Coalition warplanes have killed and wounded 75 civilians, including 36 children and 22 women, since the United Nations removed its name from the child killers blacklist in June.