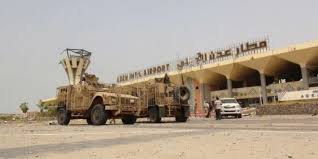 Queen BILQIS Airways canceled two flights from the “Khartoum-Aden” line and the second from the Aden-Amman line because it did not obtain clearances from the “coalition operations room”, the company said in a statement issued on Tuesday

Yemenia Airline has announced that it was forced to fly a passenger-free flight from Sayoun airport to Queen Alia Airport in Amman, Jordan on Tuesday, as a result of the alliance’s cancellation of the Monday flight permit.

Furthermore, The Yemenia Airline in Aden has already canceled flights due to its failure to obtain operating permits from coalition operations.

It should be noted that the occupation forces had previously prevented the exiled Hadi’s planes from landing in Yemeni territory and forced them to return to Riyadh.

However, the delegation of the exiled Hadi government has forgotten that it has no control over airports in the occupied provinces.